Tong to Cities: Let the State Help with Your IT Needs

State CIO Amy Tong was a key speaker Tuesday at the annual conference of the Municipal Information Systems Association of California meeting in Monterey.
Oct 3, 2019 / By Dennis Noone 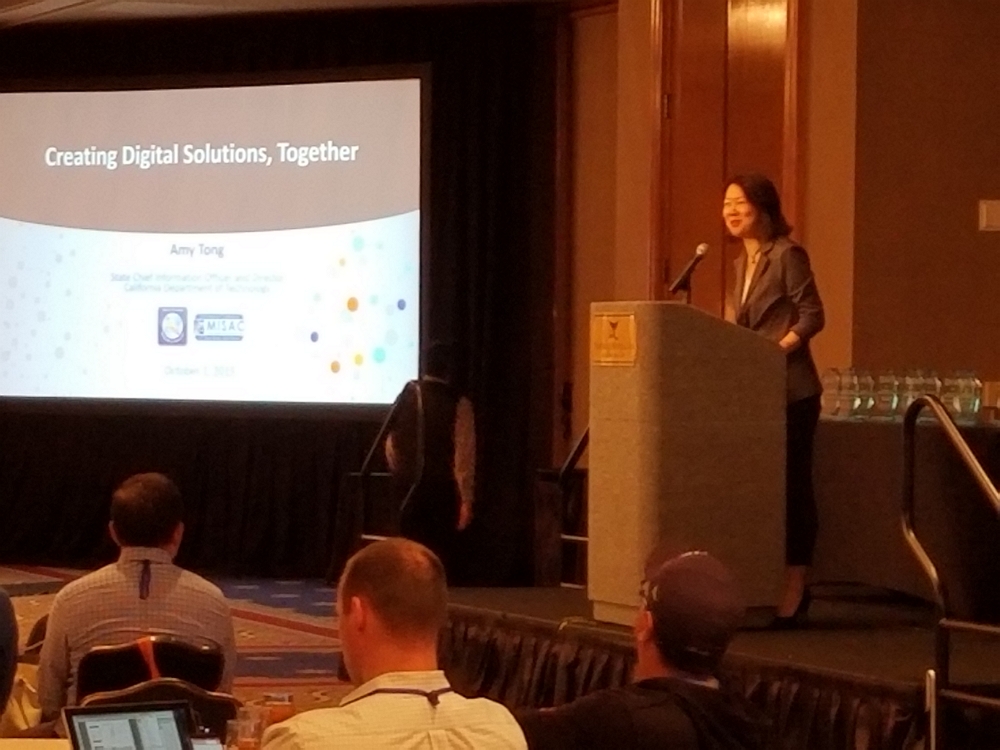 MONTEREY — The state’s chief information officer, Amy Tong, brought a message of “boundary-less cooperation” on the road this week to her municipal counterparts from up and down the state:

The California Department of Technology (CDT), she said, “is here to help you.” Tong was a key speaker Tuesday at the annual conference of the Municipal Information Systems Association of California (MISAC) meeting in Monterey.

“Public sector is public sector,” Tong told Techwire in an interview after her address.

She also put in a plug for the California Cybersecurity Education Summit on Wednesday, an annual event put on by California State University at Sacramento, CDT, the California Governor's Office of Emergency Services (CalOES), the California Military Department (Cal Guard) and the California Highway Patrol. She noted that on the afternoon of the event, activities will “duke it out” in a hackathon, in which collegiate coders on the Red Team will try to hack past the defenses of their Blue Team counterparts. Tong, herself a former “geek” who loved coding, was asked if she’d be rolling up her sleeves and participating.

“I don’t think I even qualify anymore,” she said with a laugh. “There are people at a level, oh my. …”