Tough but Critical Task at Hand for New DMV Director

Steve Gordon, a Cisco veteran and tech company founder in his own right, said he's inspired by what should be the "most important turnaround opportunity in the state" and possibly the nation.
Aug 26, 2019 / By Tribune News Service 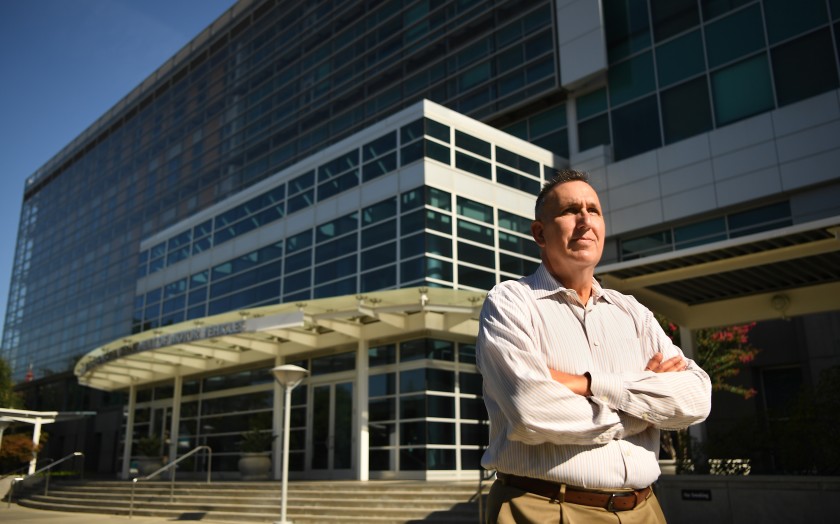 Tech entrepreneur Steve Gordon got a glimpse of how wary Californians are of the Department of Motor Vehicles when he visited an office near his San Jose home at 6 a.m. one morning and found people waiting in line — even though the doors didn’t open until 8.

One man brought a lawn chair for the two-hour wait and told Gordon what others also shared: He was there early to avoid an expected crush of people. News reports last year detailed horror stories of packed DMV offices where customers had to wait in line for four to six hours.

“This is six in the morning and I’m there with my Starbucks coffee,” Gordon recalled. “I’m wearing flip flops, an old pair of jeans and a polo shirt, and I said: ‘You’re probably not going to believe this. My name is Steve Gordon, and I’m actually interviewing for the job as director of the DMV.’”

Now, a month after Gordon was hired to lead the massive bureaucracy plagued with serious problems, he hopes to improve the experience of DMV customers like those he met, who felt they had to rearrange their lives just to get a driver’s license.

“You look at that and say, ‘On the face of it, that’s not a good thing,’” Gordon said. “We need to get it so we can give them a deterministic route to get in and get out.”

In appointing Gordon last month, Gov. Gavin Newsom offered a sobering view of the challenge, warning, “People are outraged by their experience at DMV.”

The agency, which has also been under fire for mishandling the state’s new Motor Voter program, suffers from what the governor described as “byzantine” computer technology, a decades-old system that has frequently crashed, adding to customer woes.

“I actually wrote a book with a preamble that said that DMV is on the leading, cutting edge of 1973,” Newsom said of his 2013 book on reinventing government, Citizenville.

The governor is putting a lot of stock in Gordon’s Silicon Valley experience, which includes more than three decades in the tech industry working for firms including Cisco. He was a co-founder of the travel firm MySeatFinder, and more recently was a managing partner at zTransforms, a technology and consulting company.

“I wish him well, but I would not like to trade places with him because he has not been given the marching orders, the freedom and the resources to use his experience,” said Assemblyman Jim Patterson (R-Fresno), a frequent critic of the DMV.

Gordon, 59, was born in Modesto and grew up in the Central Valley. After earning a bachelor’s degree in business from Cal State University Stanislaus, he moved to San Diego County to work for the county auditor, and later transitioned to the tech industry.

He leaves the private sector to take over a state agency with 9,711 employees, 172 field offices and a $1.3-billion budget. The agency is responsible for licensing 27 million drivers and registering 35.7 million motor vehicles, including motorcycles.

He was one of five DMV managers appointed last month by Newsom as part of a shakeup of the agency. The governor said he was impressed by Gordon’s willingness to take on a tough public-sector job.

“He had a conversation with his wife and ... he goes, ‘You know what? I can’t be that guy screaming and yelling about government without doing something about it,’” Newsom said. “I love that.”

Gordon, whose annual salary as DMV director is $186,389, said his wife supported him taking the new post, which requires the family to move from San Jose to the Sacramento area.

“I was inspired to take this job because I think it’s the largest and most important turnaround opportunity in the state, and maybe in the nation from the constituent perspective,” he said.

Both Gordon and Newsom acknowledge that the reform and modernization of the DMV is going to be a years-long process.

“It has an incredible potential to serve the citizens of California,” Gordon told reporters when introduced by the governor, but added, “As many of you know the department has not lived up to that potential recently and the public confidence has wavered.”

Gordon said his immediate goal is to stabilize an agency struggling to accommodate a flood of customers seeking a Real ID, a new driver’s license and identification card required for airline passengers starting in late 2020. As many as 28 million Californians may apply for the new ID in the next year, Gordon said.

To reduce wait times, the Legislature increased the DMV budget last year, allowing it to extend field office hours, opening many offices on Saturdays, setting up more self-service terminals and hiring hundreds of additional workers. The additional resources have helped reduce lines, but wait times still averaged 88 minutes for customers without appointments at the 20 offices with the worst waits in June, according to the most recent report.

This year’s budget includes another $242 million to help Gordon revamp the agency and prepare for the onslaught of Real ID applications.

Additional problems cropped up last year when the DMV admitted to tens of thousands of errors in the rollout of its new voter registration system — people were unknowingly registered to vote or mistakes were made in their registration status. The program produced 84,000 duplicate records and more than twice that number with political party mistakes, according to an audit this month. The report said 171,145 DMV records contained entries indicating a person’s political party, but that no such “associated designation” appeared in data that was received by state elections officials.

Former Gov. Jerry Brown ordered an audit before leaving office and then-DMV Director Jean Shiomoto retired in December, as problems mounted. In January, Newsom appointed a “strike team” of experts to determine how to fix the broken agency. Gordon said he has already begun implementing the group’s recommendations.

His goals include better promoting use of online services, as well as the availability of 266 kiosks set up in communities.

One idea being explored is to allow Real ID customers to upload required documents ahead of their appointment and have them pre-screened to reduce their time at the counter. The agency is also identifying those who might not need to get a Real ID before October 2020 because they have passports and military IDs that work as an alternative.

Gordon would like the DMV to modernize its technology and use cloud-based systems to be “much more nimble and accessible to the citizens, more mobile enabled and much more agile to operate in.”

His other challenge is restoring confidence in the motor voter program. A stinging state audit last month identified glitches in and miscommunication over the system, particularly in the April 2018 launch of the program.

“The team probably didn’t coordinate as well as they should have,” Gordon acknowledged. “That probably could have been done differently.”

But he said improvements have been made and he disagrees with those who have called for a suspension of the program until more safeguards are implemented.

“Given the data I have seen, I don’t see the need to do that,” Gordon said.

Gordon said he envisions the DMV greatly improving its customer service, which could potentially include the ability to renew licenses and registration from home using video-conferencing technology to interact with DMV employees.

“Why couldn’t we have a remote technician dealing with a customer where they are?” he asked. “Arguably you could say maybe they could be at home, like you do with tele-medicine. There is a model out there that we should be looking at.”