City officials were right to suspend the company's permit to rent out scooters and electric bicycles in the city because the company refused to share real-time data on its riders’ trips, a hearing officer has found.
Feb 12, 2020 / By Tribune News Service 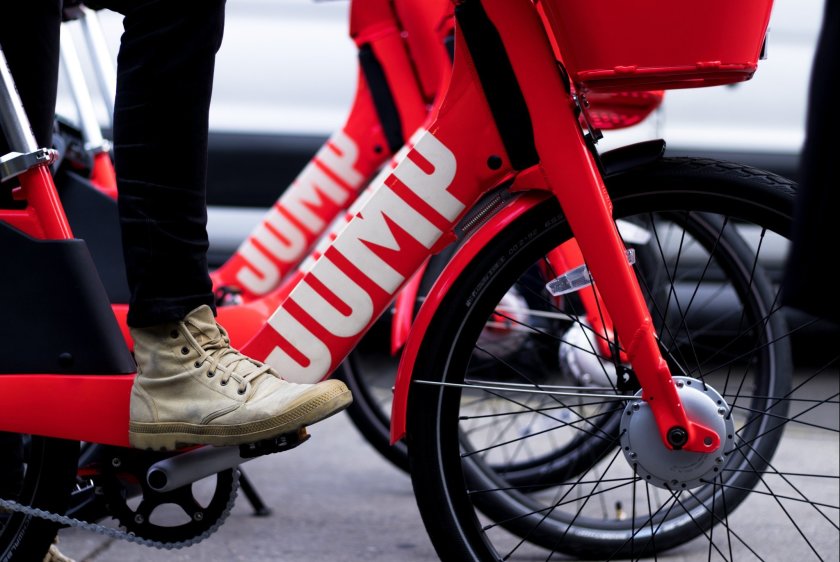 Los Angeles officials were right to suspend Uber’s permit to rent out scooters and electric bicycles in the city because the company refused to share real-time data on its riders’ trips, a hearing officer has found.

The 13-page decision from Tuesday is a blow to Uber’s subsidiary Jump, which has been fighting for more than a year against a data-sharing rule imposed by the city’s Transportation Department.

Uber spokesman Davis White said the company will appeal the decision. For now, customers can still rent the vivid red scooters and electric bikes through the Jump app.

“We have been clear for months that we have serious privacy concerns about LADOT’s requirements to collect real-time, individual trip data on our riders in Los Angeles,” White said. “We believe that best in class data aggregation methods could deliver LADOT near-real time data — while protecting the identity of Los Angeles residents and our riders.”

The city requires that companies transmit real-time data on the start point and end point of each trip, and the full route of each ride within a day. Uber has refused to comply, arguing that the data could easily be used to reveal personal information about riders, including where they live, work, socialize or worship.

In a statement, Transportation Department spokeswoman Connie Llanos said the decision “upholds the city’s common-sense permit requirements, designed to protect the safety and quality of life for local residents.”

The data is used to determine which companies are flouting the permit program’s rules, including flooding some neighborhoods with vehicles and leaving scooters parked in areas where they shouldn’t be, the city has said. Officials have also argued that the companies cannot be trusted to regulate themselves.

The city’s one-year permit program ends March 15. The eight companies with permits to operate in L.A. — including Bird, Lime and Lyft — manage a fleet of about 32,000 scooters and bikes that see about 1 million trips per month.

The city suspended Uber’s operating permit in October after six months of back-and-forth.

Uber appealed the decision. The appeal was heard last month by David B. Shapiro, a lawyer who has handled appeals for multiple city departments, including the Los Angeles Fire Department and the Department of Cannabis Regulation.

In his decision, Shapiro wrote that the Transportation Department had “properly suspended” Uber’s permit for violating the city’s data submission rules. The company had applied for a permit voluntarily, he wrote, and had “the ability to withdraw or omit its application at any time.”

But both sides, he said, had weak points in their arguments: Uber’s attorneys did not provide examples of scooter data being used to personally identify a rider, he said, “although the abstract concern is real.”

The city, he said, did not explain what problems could be prevented or solved with data that is reported within five seconds.