The school plans to do the research and development that’s needed to realize robots of the future — robots that are safe, useful and autonomous in any environment.
Oct 30, 2015 / By Tribune News Service 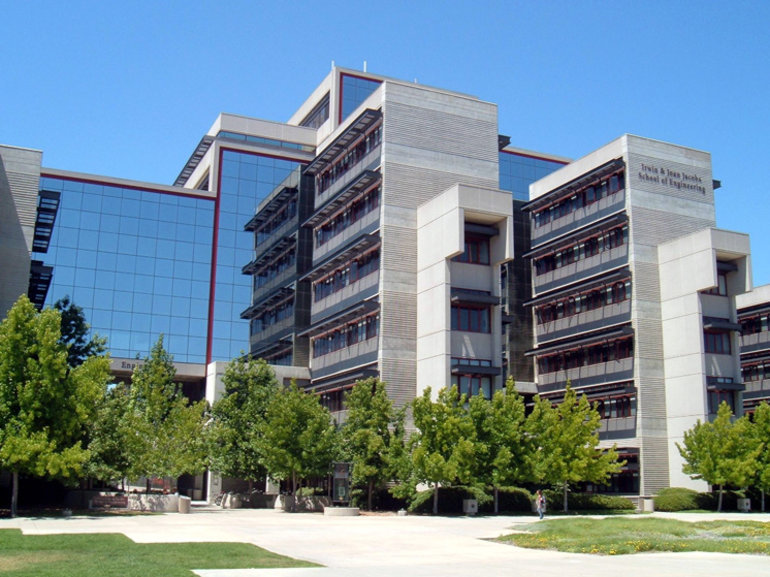 UC San Diego is creating a robotics institute that will develop machines that can interpret everything from subtle facial expressions to walking styles to size up what people are thinking, doing and feeling.

The “See-Think-Do” technology is largely meant to anticipate and fulfill people’s everyday needs, especially the soaring number of older Americans who want to live out their lives in their own homes.

Engineers envision robots that are so good at sizing up people, places and situations that they could help evacuate crowds from dangerous areas and pick through the rubble of an earthquake to look for survivors.

The newly created Contextual Robotics Institute will be formally announced on Friday when some of the nation’s top scientists meet at UC San Diego to discuss the future of robotics. The campus has already lined up support from such San Diego companies as Qualcomm, which needs new markets for its computer chips, and Northrop Grumman, which develops unmanned aerial vehicles.

“Our plan is to do the research and development that’s needed to realize robots of the future — robots that are safe, useful and autonomous in any environment,” said Albert Pisano, dean of UC San Diego’s Jacobs School of Engineering.

“That means pulling together our engineers and our social scientists to focus on both the robots themselves and how people will interact with them.”

Robotics is a field seemingly without boundaries.

The Defense Department is working on intelligent machines that can distinguish between enemies and allies. And Canadian researchers are exploring whether it’s possible to design robots that can teach themselves to perform common tasks — like cooking dinner — by watching YouTube videos.

“The field of robotics is changing how people live, work and age,” said UC San Diego Chancellor Pradeep Khosla, an internationally renowned roboticist who played a key role in creating the new institute.

This is a moment of convergence for the university.

More than 40 of the school’s researchers have volunteered to collaborate on projects aimed at getting hardware and software to recognize their environment and what’s going on in it. Such robots, or robotic systems, would be designed to do something useful with the information.

Broadly speaking, robots would be able to see, think and do.

Such research can be humbling, especially if you’re developing semi-autonomous robots that move. That was painfully obvious in June when teams from around the world competed in the DARPA Robotics Challenge in Pomona. Many robots tipped over or did nothing at all when told to perform a complex task in a degraded environment.

But scientists are making a lot of progress with software, which is often the essence of a robot or robotic system.

In particular, UC San Diego has been developing the sort of software and sensors that would be needed to unobtrusively monitor the health and well-being of an elderly or disabled person living in their home. The goal: allow people to “age in place” — a place they desire.

Researchers have created facial recognition programs that can detect an array of emotions, from joy and sadness to surprise, disgust and contempt. The campus also developed software that assesses how much pain a person is feeling.

The software has emerged at the same time that researchers nationwide have been developing wireless sensors that can detect everything from whether a person is moving normally to whether they’re taking prescription pills and making it to the bathroom. Some of the sensors are wearable. Others can be embedded in things like household appliances, furniture and flooring.

Scientists say it is possible to blend the software and sensors into systems that size up how a person is doing, then texts or emails the information to their family, caregiver or doctor.

“The thought of going to an assisted living facility or a nursing home is scary for most people,” Khosla said. “People want to live in their homes as they age. And this is where sensors, software and robotics technology can be most impactful. They enable smarter caregiving and more independence.”

There is a growing demand for elder-care. People are living longer. And seniors represent a growing percentage of the population. Each day, about 10,000 baby boomers turn 65.

But many challenges lie ahead.

Scientists have a spotty record of developing user-friendly technology, especially in robotics. And many people would object to being monitored. Technology also can be fallible, and vulnerable.

“Smart objects connected together was once a great marketing tag line,” Leslie Orlov recently wrote on her widely respected blog, Aging In Place Technology Watch. “Now it is becoming an Orwellian nightmare, not just because Google can drive the car while you text. Now we know your car has millions of lines of code in it and is easily hacked by two guys on a couch with a laptop.”

Yawen Li, a health sociologist at San Diego State University, said, “The biggest concern I see is privacy. How do you protect data that is collected in a person’s home and sent to a service provider?

“People are getting used to adopting technology, especially baby boomers. They use technology much more than previous generations. I think that, over time, people will accept things like sensors in their home if they make life more convenient and efficient — but only if privacy concerns are addressed.”

Qualcomm is looking for new ways to become part of everyone’s lives, not just those who might need assistance at home. Last fall, the company created a program to back startups that are working on next-generation robotics and intelligent machines.

Qualcomm is supporting everyone from drone makers to a firm that makes a game console for unattended dogs.

“The field of robotics is in a state of revolution,” said Matt Grob, Qualcomm’s chief technology officer. “And the robotics institute intersects with our business in multiple ways.

“Having this center in our backyard is very exciting. We get to the forefront of what researchers are doing.”