U.S. Has Few Rules of the Road for Self-Driving Cars

While California has among the most stringent regulations for self-driving cars, 20 companies have permits to test their vehicles in the state, including Tesla Motors, Google and Volkswagen.
Jan 3, 2017 / By Tribune News Service 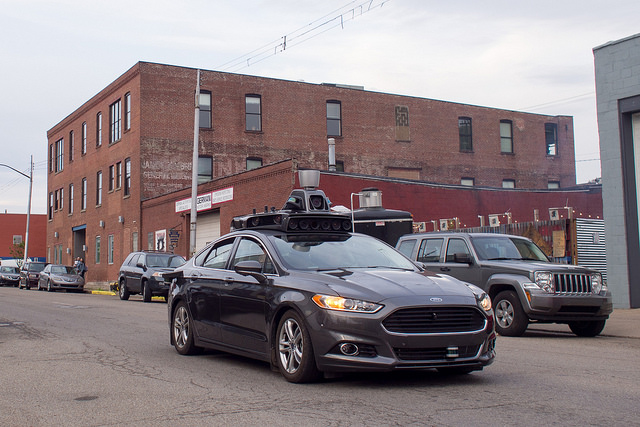 A blind man sits in a Google prototype autonomous vehicle that lacks a steering wheel and other human controls.Photo:Screenshot/Google Self-Driving Car Project

When it comes to the fledgling world of self-driving cars, most of the country exists in a legal gray area that is unlikely to change in 2017.

Nine states and the District of Columbia have laws on the books that address the cars, some of which lay out clear ground rules for permits and where the cars may be operated. That leaves the majority of states with no legal framework on how to address the ambitious technology that is quickly turning into reality.

No federal laws cover self-driving cars, leading to a confusing patchwork of regulations that vary from state to state. And if a state doesn’t have any laws, then it’s all pretty much left up to interpretation, said Kara Macek, spokeswoman for the Governors Highway Safety Association.

“It is such new territory that it is accepted that (self-driving cars) can operate legally in most states without specific authorizing legislation,” Macek said. “The model legislation doesn’t exist yet, there’s nothing we’re holding up (as) a gold standard.”

As companies race to develop autonomous vehicles, states are either rushing to keep up or relaxing regulations to attract development.

While only a handful of states have laws on the books, at least 10 host a variety of autonomous testing activities. Four — Washington, Ohio, Pennsylvania and Texas — have active testing programs, but no legislation.

For now, the way these laws are interpreted is largely left up to agencies such as state departments of motor vehicles — and lighter regulation is often more attractive to companies testing nascent technology. For example, Uber resolved its recent clash with California regulators by loading its cars on a self-driving truck and sending them to Arizona, where self-driving vehicles have been made legal by executive order.

Uber’s move to Arizona came the day after the California DMV revoked the registrations of Uber’s self-driving cars because the ride-hailing company refused to get the appropriate permits.

“While California puts the brakes on innovation and change with more bureaucracy and more regulation, Arizona is paving the way for new technology and new business,” Arizona Gov. Doug Ducey said in a statement following Uber’s move to his state.

Twenty companies have permits to test their vehicles in California. They include big players such as Tesla Motors, Google and Ford, and quieter companies in the self-driving sphere, such as automakers Volkswagen and Honda and startup Zoox.

Alphabet has also capitalized on states with lighter regulations, with the exception of California, for the self-driving car unit it spun out of Google, Waymo. According to its website, it also has operations in legislation-free states like Arizona, Texas and Washington.

California has among the most stringent regulations for self-driving cars. A company must prove it has $5 million in insurance and that all test drivers are trained, according to the National Conference of State Legislatures. Companies must also submit detailed reports on traffic accidents and violations.

Florida, on the other hand, amended its laws this year to treat autonomous vehicles much like it would any other car — with no additional permits, licenses or approval from state or local governments required — even if there is no driver.

Michigan also loosened its regulations this year, allowing the cars to operate under certain conditions on public roadways without a person inside.

Pennsylvania — a state that has been testing autonomous vehicles for over 30 years with Carnegie Mellon University, and the first state to host Uber’s self-driving car pilot program — is looking at regulations related to the testing and operation of these vehicles.

“Just like any other place, they want to balance tech growth with innovation and safety,” said Timothy McNulty, director of communications for the mayor of Pittsburgh.

Since 2012, at least 34 states and the District of Columbia have considered legislation related to autonomous vehicles, according to the National Conference of State Legislatures. Nevada was the first to do so. In 2016, more than a dozen states introduced bills on the topic — many of which failed or are still pending.

In an attempt to build a consistent framework of laws to govern self-driving cars, the U.S. Department of Transportation and the National Highway Traffic Safety Administration have published a set of suggested model regulations, which include a 15-point safety assessment that addresses the development, testing and use of automated vehicles.

“Our task at the U.S. Department of Transportation is not only to keep pace, but to ensure public safety while establishing a strong foundation such that the rules of the road can be known, understood and responded to by industry and the public,” Secretary of Transportation Anthony Foxx said in a statement.

However, scrambling to regulate the emerging industry at the federal or state level may not be the answer, said Bryant Walker Smith, an assistant professor at Stanford Law School who specializes in autonomous driving.

“Regulators have somehow focused on the wrong questions by putting attention on superficial laws,” Smith said.

Smith said governments should instead be looking at broader issues, including the economic consequences of eliminating commercial driving jobs and how self-driving cars will share the road with non-autonomous vehicles.

But, he said, much of that is contingent on what companies develop: “It’s hard to legislate a specific technology that doesn’t fully exist,” he said.

As of Dec. 8, California’s DMV had issued Autonomous Vehicle Testing Permits to these businesses: