A 30-year state employee and former chief information officer has joined the California Department of Fair Employment and Housing as interim CIO after the department saw its own technology head depart in July.
Aug 31 / By Theo Douglas 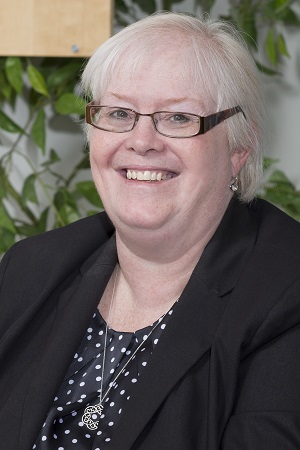 There’s a new temporary IT chief at a state agency that’s a major advocate for residents.

Longtime Chief Information Officer PJ Bajwa has moved on from the California Department of Fair Employment and Housing (DFEH), a bulwark in state anti-discrimination and hate crimes policy, and veteran technology leader Cathy Cleek – CIO for more than a decade at the California Franchise Tax Board (FTB) -- has stepped in as interim CIO. Among the takeaways:

• When DFEH’s CIO position became vacant in July, Cleek said DFEH’s Chief Deputy Mary Wheat “asked if I’d be willing to work full time for a couple of months until they could fill the CIO vacancy.” With “extra time at home” due to the COVID-19 pandemic, “I said, 'Sure,'” Cleek told Techwire via email, adding “I did not have to think much to say ‘Yes.’” Cleek was FTB CIO from November 2005 to December 2017 according to LinkedIn. During that time, she was also executive sponsor of its Enterprise Data to Revenue (EDR) Project, a comprehensive business process improvement initiative that was completed in 2016. Among its updates, EDR stood up an enterprise data warehouse, implemented predictive analytics, created digital images of paper tax returns and modernized legacy. Before becoming chief, filing division of FTB in March 2004, Cleek held various career executive assignments at the agency during more than three decades. Recognized in 2017 as one of Government Technology magazine's* Top 25 Doers, Dreamers & Drivers, she became an independent consultant in January 2018.

“After nearly 35 years as a state employee, it will not come as a surprise that I believe in government and believe that delivers important services to the people of California,” she said, explaining her decision to return to state service.

• In joining DFEH, Cleek was asked to assist in developing online training required by Senate Bill 1343, which mandated all businesses in the state with five or more employees have those employees take sexual harassment prevention training every two years. The bill required DFEH to develop online training and post the training on their website, Cleek said.

“I have enjoyed this assignment and it was a perfect fit based upon my background -- both of my parents were teachers, over 30 years as a supervisor and at FTB, and being FTB’s first female CIO,” she said.

• DFEH published its free Employee Sexual Harassment Prevention Training for Employees in May; in June, officials published the free Supervisor Sexual Harassment Prevention Training. Training in Spanish was due in August, and the agency intends to publish the training in Chinese, Korean, Vietnamese, Tagalog in September. This summer, Cleek told Techwire, roughly 1,100 employees and 375 supervisors have taken the training each month.

• Cleek created three additional priorities on which to focus – none of which she said should be a surprise to those who have worked with her. These are: “create a road map of the work being done, prepare for the Security Audit in April 2021, and find ways to share ‘lessons learned’ to develop the IT staff at DFEH.”

• Asked how the pandemic has altered her workflow and the contents of her inbox, Cleek said DFEH was “well-positioned” by its prior projects in terms of moving to the cloud.

“I now use Microsoft Teams all day -- I can’t drop by someone’s office but I can chat with them; and I cannot meet one-on-one with someone, but I can meet with someone by setting up a Teams meeting using video,” she said.”

*Government Technology magazine is a publication of e.Republic, which also produces Techwire.