The Sacramento-based technologist had most recently served as director and practice lead for CGI’s Lean-agile DevOps in the Western U.S. In his new role as director of the company's Health and Human Services Practice, he'll be working with CGI offices nationally to “amplify patterns of success.”
Jan 5 / By Dennis Noone 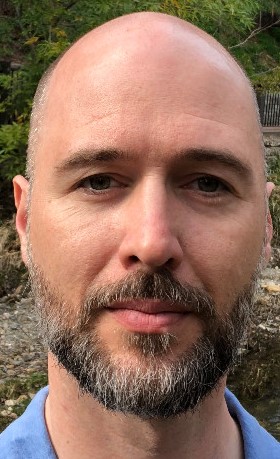 Peter Kelly, a former state technology executive who joined CGI almost three years ago, has been promoted to the position of director of the company’s Health and Human Services Practice.

The Sacramento-based technologist had most recently served as director and practice lead for CGI’s Lean-agile DevOps in the Western U.S. Before that, he was the director of CGI’s State and Local Digital Government Lab, which he founded.

Kelly’s career, which began in 1995, has included various roles in the public and private sectors. His most recent government role was as chief deputy director and chief information officer for the Office of Systems Integration, under the California Health and Human Services Agency. While with OSI, he co-founded and served as deputy director of the Child Welfare Digital Services initiative, state government’s first large-scale program to use agile methodology. His LinkedIn profile notes that Kelly was also the product owner for the Lean-Agile Center of Excellence.

“I’m really excited about the new role,” Kelly told Techwire in an interview this week. He said he’ll be strategizing with CGI offices across the U.S. to “amplify the patterns” the company has developed in state governments.

While in both the public and private sectors, Kelly has been a frequent speaker, panelist and contributor at numerous industry events and conferences. He said he’ll remain in Sacramento.

While in government, Kelly held leadership or management roles in agencies including, in addition to OSI, the Financial Information System for California and the state Department of Finance as well as the Sacramento Municipal Utility District. His affiliations in the private sector included Deloitte Consulting, Raley’s, Cambria Solutions and Public Consulting Group.

Kelly has a Bachelor of Science degree from California Polytechnic State University at San Luis Obispo in business administration, management information systems and computer science. He received his Master of Business Administration degree from Sac State in management of computer operations.