The department's award-winning former CIO will be succeeded by a longtime top administrator with a pedigree that includes a role in the Obama administration.
Aug 19, 2019 / By Dennis Noone 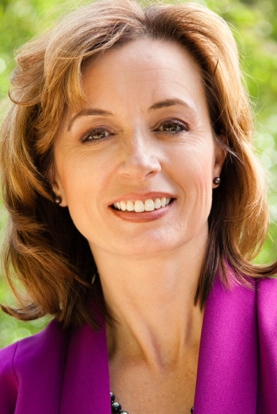 Two executive changes occurred Monday in the leadership of the California Public Employees’ Retirement System (CalPERS), and one involves a familiar face.

Liana Bailey-Crimmins, an award-winning leader in state IT governance, has been named chief information security officer (CISO) for the 80-year-old pension management agency. She had been the agency’s chief health director for the past two years, overseeing CalPERS health policy and planning, health policy research, health plan contracting and administration, and long-term care. The CISO provides direction and policy guidance to the Information Security Office, the Information Technology Services Branch, and the CalPERS enterprise.

Bailey-Crimmins served a previous stint as CalPERS’ chief information officer  and was named CIO of the Year in 2015 for her achievements in that role. Bailey-Crimmins has been with state government since 2003, beginning with the California Youth Authority. She has served in various capacities since then with the California Department of Corrections and Rehabilitation and California Correctional Health Care Services.

Succeeding Bailey-Crimmins in the health role will be Donald B. Moulds, Ph.D., as the chief health director of its Health Benefits Program. Moulds, who has more than 20 years of strategic leadership in government and the health policy field, joins CalPERS from The Commonwealth Fund, a national foundation and think tank dedicated to improving the American health-care system, where he served as executive vice president for programs. He also previously served as acting assistant secretary for planning and evaluation, acting as principal policy adviser to the secretary of the U.S. Department of Health and Human Services (HHS) during the Obama administration.

In his new role, Moulds will lead the largest public purchaser of health benefits in California and the second-largest in the U.S., behind the federal government. The CalPERS health program administers health benefits and negotiates health rates for 1.5 million current and former public employees and their families, and contracts with nearly 1,200 public agency employers.