The Little Hoover Commission’s report on geographic information systems technology, called “Mapping a Strategy for GIS,” follows a study of whether the state government is using GIS to its full capacity and in a cost-efficient manner. The report concludes that overall, the state’s use of GIS is “inconsistent and lacks centralization and coordination.”
Oct 31, 2019 / By Dennis Noone 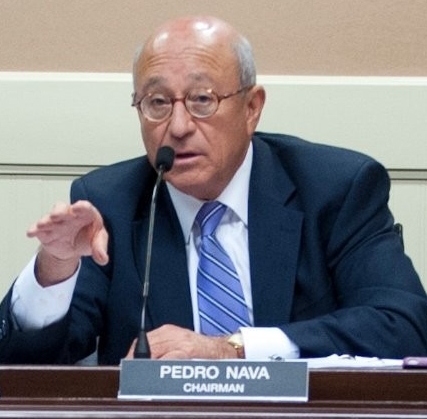 A government watchdog agency recommended Thursday that Gov. Gavin Newsom and the state Legislature create the position of state Geospatial Information Officer to coordinate and advance the use of GIS technology across all departments.

The Little Hoover Commission’s report on geographic information systems technology, called Mapping a Strategy for GIS, follows a study of whether the state government is using GIS to its full capacity and in a cost-efficient manner. The report concludes that overall, the state’s use of GIS is “inconsistent and lacks centralization and coordination.” The 18-page document, published Thursday, recommends that the governor and Legislature take three specific steps:

• Create a GIS Advisory Council, whose members would come from the public sector, the IT industry and nonprofits

• Use GIS technology to evaluate regional disparities in funding and the delivery of state services.

“The state that has given birth to technologies that have changed the world should be at the forefront of GIS use,” Commission Chairman Pedro Nava says in the report. “But too often, our state government hasn’t taken advantage of the astonishing capabilities of GIS.”

Several state agencies already make regular use GIS technology, the study notes: the California Governor’s Office of Emergency Services uses it to respond to disasters; the California Department of Transportation uses it to track roadwork on state highways; and the Employment Development Department uses it to detect and target insurance fraud.

But the tech should be used more broadly and cohesively by state government to ensure equal delivery of funding and services across California, the commission says. It also cites examples of how other state governments share the technology and realize cost savings on such things as licensing fees.

The commission’s GIS report was an unintended outgrowth of a study it was doing into “where and how the state invests its dollars and how those investments impact communities across California.”

The report continues: “Commissioners envisioned a map to overlay these and other data sets to tell a story about the impact of our investments and where gaps and disparities remain. They learned a GIS platform that integrated data across the executive branch could approach these types of questions. However, this kind of tool is not yet available for California policymakers.”

The report notes that although the state has been studying GIS technology for more than 10 years, its GIS infrastructure is a federated environment, not a shared service.

“More work is needed to obtain comprehensive, authoritative data sets that can serve as a foundation for mapping the entire state,” the report says. “A dedicated GIS leader could help California pull together partners to work collaboratively across silos and develop — and execute — a strategy to leverage California’s geospatial information as a statewide asset.”

California named its first state GIO in 2009 and created a GIS program within the Office of the Chief Information Officer. Over time, however, momentum for that initiative dwindled. Today, the state’s Chief Technology Innovation Officer, Scott Gregory, also serves as the state GIO within the Enterprise Technology Office of CDT.

The state CIO and director of CDT, Amy Tong, said Thursday in a statement to Techwire that she backs the Little Hoover Commission's recommendations.

“I support having a dedicated focus on geographic information systems (GIS) because it would only strengthen the efforts already in place at the Office of Enterprise Technology within the California Department of Technology,” Tong said. “The State Geographic Information Officer has provided leadership to the broader GIS community for the last decade through regular meetings and enterprise-level capabilities including Web mapping and analytical platforms that go hand-in-hand with open data. CDT is looking forward to expanding those efforts by addressing the recommendations by the Little Hoover Commission.”

The commission found that consolidating GIS resources can save the state a lot of money.

“Colorado saved $450,000 over five years by consolidating infrastructure, licensing, and software,” the report notes. “North Carolina paid $16 million for statewide LiDAR (Light Detection and Ranging) — high-quality imagery which includes elevation as well as latitudinal and longitudinal information. Producing similar imagery for each county would have cost an estimated $100 million.”

“California’s departments and agencies largely have continued to pursue GIS projects independently,” the report adds, “exacerbating disparities in leadership and capabilities across the state.”

This story was updated to clarify the role of the state's chief technology inniovation officer.