Having spent half his life — and his whole career — in state government, Michael Wilkening is going to take some time to think about what comes next. Friday was his last day on the job.
Dec 11, 2020 / By Dennis Noone 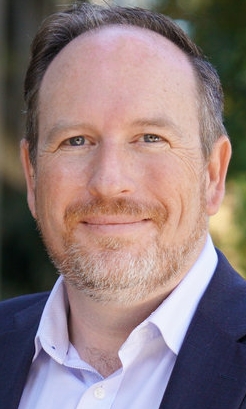 One of the key drivers behind Gov. Gavin Newsom’s crusade to expand digital government has moved on.

Michael Wilkening was, until Friday, the governor’s special adviser on innovation and digital services, a one-off role that was created for him almost two years ago. That’s when the then-new governor began his term — and his push to improve and streamline state government through changes in tech development and procurement. The fruits of that transformation include, among other things, the new Office of Digital Innovation (ODI), the adoption of the Request for Innovative Ideas (RFI2) protocol, and the creation of the cutting-edge Alpha.ca.gov project.

So with those boxes checked, why is Wilkening leaving now, just halfway through Newsom’s term?

“I was looking for the next thing to do — trying to figure out my next chapter and what I was going to do next,” Wilkening told Techwire on Friday.

“One of the things I had taken this job to do was to bring up ODI, and the state’s hired a director for ODI,” he said. Citing the onboarding of new people in key positions — ODI Director Udaya Patnaik, Government Operations Secretary Yolanda Richardson, Deputy Secretary Krista Canellakis and state Chief Data Officer Joy Bonaguro — Wilkening added: “We have a good team there, and it seemed like a good time to think about what my next chapter was.”

Wilkening, who turns 50 next month, has worked in state government for half his life, starting as a finance budget analyst with the Department of Finance (DoF) directly after graduating from UC Davis with his bachelor of arts degree in political science and history and his master’s in political science. He worked his way up through DoF, moving from analyst to management roles before moving to the California Health and Human Services Agency, first as undersecretary and then as secretary. After almost 11 years at CHHS, he was tapped to be the governor’s first special adviser for innovation and digital services.

“It’s the first time we’ve had this role in state government, and it was created as we were figuring out what I was going to do after leaving Health and Human Services,” Wilkening said. “This seemed like a natural and there seemed like a need, given the proposal for ODI and the need to get that through the Legislature and to get it stood up, and to really start pushing the various initiatives forward and to create the foundations and to start to move the culture. I think we did a lot of that. … It seemed like a good time for me to think about what the next chapter was.

“I was going to leave in September, and I stayed for a couple of more months to finish up some projects, so I really am not feeling like I am leaving with things unfinished,” Wilkening continued. “I’m feeling pretty good where I am at this point. My space right now is I’m really thankful for the opportunity to serve Californians for 25 years, and to have worked with just amazing people and on meaningful and impactful issues. So it’s been a privilege.”

Wilkening, who lives in Sacramento, said he’s likely to stay in the area, but that depends on where he seeks a new opportunity.

He said he’s spent some time this week reflecting on his path — and his legacy.

“As I’ve been looking at the tweets and various other things that I’ve been getting from folks, the ones that are resonating with me right now are the ones where people are talking about my mentorship and the investments that I’ve made in people,” he said. “That’s what I’ve enjoyed — I’ve really enjoyed the ability to mentor and to give people the space to challenge the status quo and foster new ways of engaging and providing services to Californians. That’s really where I’ve focused in the last several days as I’ve reflected back on my career. I’m feeling good about it.”

He added: “I don’t know if there’s going to be a successor in this particular role, but the spirit of it is being encapsulated by the people, especially at GovOps.”