State insurance regulators have hit fledgling tech company Zenefits with the fine for violations that include allowing unlicensed employees to sell insurance in the state.
Nov 30, 2016 / By Tribune News Service 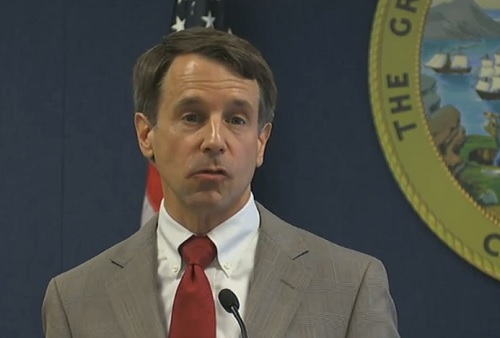 California insurance regulators have hit fledgling tech company Zenefits with a $7 million fine for violations that include allowing unlicensed employees to sell insurance in the state.

The penalty is the largest assessed by any of the 17 insurance commissioners or regulatory agencies nationwide investigating Zenefits. It’s also one of the largest penalties for licensing violations ever assessed in the department’s history, according to the state Insurance Department. Zenefits has reached settlements with 17 states.

“In California, we value innovation and new business models, including internet-based startups, but we also insist that consumer protection laws are followed,” said state Insurance Commissioner Dave Jones. “Zenefits is an example of an internet-based startup whose former leaders created a culture where important consumer protection laws were broken.”

The fine is the latest in a string of setbacks for Zenefits, including job cuts.

Zenefits has slashed about 355 jobs this year in two major rounds of job cuts, including positions downsized in locations outside of the Bay Area. The cuts included the elimination of about 85 jobs in San Francisco, state labor records show.

San Francisco-based Zenefits was able to strike an agreement with California insurance regulators that allowed half of the fine to be suspended because of the company’s own efforts to remedy the problems. This provision means Zenefits was obliged to pay only $3.5 million of the $7 million fine through the settlement. It also had to pay $166,000 in legal fees.

“We are pleased to reach a settlement with the California Department of Insurance, which recognized our remediation efforts by suspending half the fine,” said Jessica Hoffman, a spokeswoman for Zenefits. “We now have a clean bill of health from our lead regulator as well as 16 other states.”

It was the Zenefits insurance operations that got the company in hot water.

Earlier this year, an internal investigation by Zenefits determined that it had underwritten some insurance policies without the proper licenses.

Through the internal probe, the company also found that its co-founder, Parker Conrad, had crafted a browser extension that allowed its brokers to fake that they had completed a required 52-hour online training course that insurance agents must take to become licensed in California.

Soon after the fraudulent procedure was uncovered, Conrad quit as chief executive officer in February. He was replaced by current CEO David Sacks.

“Our enforcement action has resulted in Zenefits paying substantial monetary penalties for their licensing violations and ensures Zenefits complies with all of California’s insurance laws and regulations,” Commissioner Jones said.
Failure to remain in compliance will bring fresh sanctions, Jones warned.

“Businesses and consumers should have confidence that anyone selling insurance to them in California is doing so in compliance with our consumer protection laws,” the commissioner said.