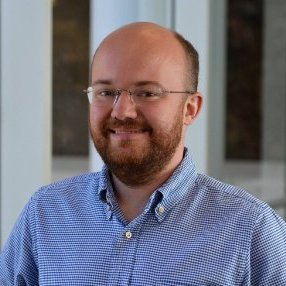 Townsend, of San Francisco, will assume the role of chief data officer at the California Government Operations Agency. Townsend has been product management lead at payroll and health benefits company Gusto since 2016, according to the governor's office. He was director of product and channel management at Silicon Valley Bank from 2015 to 2016, co-founder and head of product at Standard Treasury from 2013 to 2015, and an affiliate at the Harvard University Berkman Center for Internet and Society from 2013 to 2014.

Townsend was senior technology policy adviser in the Newark, N.J., Mayor’s Office in 2012, a research affiliate at New York University's Center for the Promotion of Research Involving Innovative Statistical Methodology from 2011 to 2012 and senior associate at Bennett Midland LLC from 2009 to 2012.

Townsend earned a master of public administration degree from the New York University School of Public Service, according to the Brown administration. He'll begin work on July 18, and his salary is $130,000.

The chief data officer "is the primary steward of the data portal for the state’s public data," and is tasked with developing statewide data standards and expanding the state's inventory of data, according to a job description the Brown administration posted earlier this year.

California's Government Operations Agency (GovOps) is working on the second phase of a project that's creating a statewide open data portal that will leverage other open data websites currently maintained by individual state agencies and departments. The statewide portal could go live as soon as the end of this summer. Townsend will lead the development of data sharing policies for the statewide portal.

Stuart Drown, deputy secretary for innovation and accountability at GovOps, said in a phone interview with Techwire on Thursday that Townsend brings a depth and breadth of experience that will help California improve how it uses, organizes and shares "open" data with the public and "closed" data internally among state agencies and departments.

"He codes. He is a hardcore data scientist," Drown told Techwire in a phone interview Thursday.

With a recent reorganization at the Department of Technology, there appears to be more room for the data officer to operate statewide. The state's chief geospatial officer, Scott Gregory, has been moved over to manage the department's newly created digital innovation office.

Last year legislation was proposed in the California Legislature that would've required the state to create a chief data officer position. The bill failed to advance.