In an interview with Techwire, director of San Diego's Performance and Analytics Department, Almis Udrys discussed his role with the city and trends he sees in both state and local IT.
Jan 30, 2017 / By Matt Williams and Maggie Cabrey 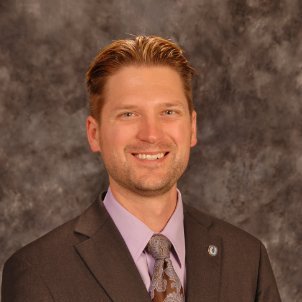 Almis Udrys is director of San Diego’s Performance and Analytics Department, an agency which he helped develop and launch nearly three years ago.

As director, Udrys is credited with helping deploy the city’s Get It Done Web and mobile application, overseeing implementation of operational improvements, re-engineering San Diego’s Strategic Plan, and a variety of other initiatives. He has more than 15 years of experience in local and statewide policy and operations, most recently serving as San Diego’s director of Government Affairs. During the course of his career, Udrys also worked for the California State Auditor's Office and was a health-care policy consultant for the Legislature.

In an interview with Techwire, Udrys discussed his role with the city and trends he sees in both state and local IT.

Can you explain your position as director of the Performance and Analytics Department?

It’s about having somebody who can talk to the top-level decision-maker, take some of the ideas, the buzzwords if you will, and be able to translate that to the folks that actually have to do the work.

Not necessarily an executive sponsor, but a middle person?

My observation of how successful cities have done it is that you have people within the organization doing stuff that’s really not “sexy,” finding ways to make it so and being able to communicate what’s going on to the residents, to the decision-makers and to the people doing the work. There are a lot of tools from my experience with Legislature that I can apply, in terms of being able to build a coalition, grassroots and all that you need to deploy to get these types of initiatives off the ground.

Is there a critical mass happening on the local level where heads of IT or data from other cities communicate with one another?

A lot of us do run in the same circles. We’ll run into each other at conferences and talk about what everybody is doing. I know that we certainly looked at a variety of different cities when we put together what our strategic plan was going to look like, and of course we take pride in thinking that we came together with the right balance of different things in one place.

Is there any sort of “cross-pollination” with other cities?

There is dialog. There’s the Civic Analytics Network, which has chief data officers from I believe what is now up to 15 cities or so. There’s the White House Police Data Initiative, which we’re a member of. We just posted some data from our portal into that. There are definitely some existing networks out there, but it depends on what position you’re in. The chief data officer was the first-out-of-the-gate position that everybody thought was going to be really cool, but now there are all sorts of chiefs all over the place. We’re less focused on the chiefs and more on embedding the whole culture into our entire team at the city.

What’s been most surprising as far as what you’ve been able to accomplish?

I think the speed in the work we’ve done is the most surprising. I mentioned that I had helped write the open data policy. I was working for a council member before they gave me the reins of the department. I didn’t necessarily think I would be the one doing it, but then actually rolling up the sleeves, hiring the first data officer and starting to produce, it’s been incredible how much I feel like we’ve been able to do in the two years that the department has been up and running.

You’ve previously mentioned that your department is undertaking several initiatives. How are you prioritizing what to do next?

We have a pretty broad mandate and vision that support us in prioritizing.

Given your experience at both a state and local level, what’s your sense of the state’s ability to push change related to technology and data? How does it differ from the state level?

San Diego has about 11,000 employees. The state, last I checked, is in the neighborhood of 200,000 plus. You’re talking about a factor 20 times what we have. Just mathematically speaking, it should take them about 40 years to do what we did in two. But I’m a believer in forced multiplication and exponential math, so I do think it can happen. I think it is a question of engagement with the people that are using it that has to exist, and there are pockets of that happening.

I think the other challenge for the state, and we’ve experienced this in San Diego as well, is you do need to have coordination throughout your organization. I’ve seen cities that have multiple data platforms and they may not talk to each other, paying multiple vendors potentially for a similar product. That’s not to say that everything has to be centralized and run the exact same way, but I think the talking needs to happen.