Innovation Chief and 2 Vendors Agree on What Went Right

Sonoma County needed a solution for data management — and then the fires of October 2017 struck. The county chief innovation officer and two vendors explain how an urgent need led to an elegant solution.
Oct 21, 2019 / By Dennis Noone 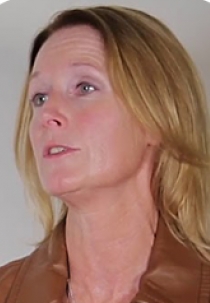 Officials at Sonoma County had been talking among themselves for several months in 2017 about the need for an enterprise-level hub to connect roughly a half-million residents to services in physical and behavioral health, substance abuse, the criminal justice system, benefits and housing — many of which were siloed to staff and residents alike.

Their “problem statement” was simple but sprawling: “How do we identify this client across all systems?” the county’s Director of Innovation Carolyn Staats told Techwire. “How do we do that and protect the data at the same time?” The 2017 wildfires, four of which burned in Sonoma County, kicked their plans into high gear. IBM approached the agency within a week after the October fires. Staats, who had worked with SimpliGov before, helped bring the tech company on board. The project, which became the county’s New Safety Net IT Ecosystem, went forward in phases, the third and most recent of which went live in July and August, with more to come. It’s chronicled in a white paper the county helped produce.

The project, she said, comprised two key pieces. IBM’s Master Data Management product enabled Sonoma County to merge data across systems while connecting it to specific clients. SimpliGov, meanwhile, provided the ability to create custom forms and custom dashboards for staff and to extract and analyze data, rate vendors and gather feedback. To date, Sonoma has spent about $6 million between the two vendors, a figure may rise as functionality grows, Staats said. The county’s white paper offers historic perspective, along with a little more tech nitty-gritty.

The Safety Net, it said, “... provisioned a Care Coordination hub and an API backplane, to which various Care Management and process automation systems attach.” That hub, in turn, aggregates back-end system data — “medical, behavioral health, social services, housing, and justice — to compose the holistic picture of the client.”

“Access to various aspects of this holistic picture are controlled by client consent and department policies to maintain compliance with regulations such as HIPAA and CFR 42 Part 2. The hub provides the Master Data Management, business rules engine, authorization and consent, and alerts and notifications. Watson Care Management and process automation systems access the hub through a set of HL7 FHIR APIs. (The HL7 FHIR standard for RESTful APIs has been endorsed by the Center for Medicaid Services (CMS), and is now widely used across the health-care industry.)”

All connected systems “rely on the same access control policies in the hub, and they use the Sonoma County’s Multi-Factor Authentication (MFA) and secure network for user access.” The data hub is on-premise, and the WCM (Watson Care Manager) and SimpliGov systems are on different clouds — part of the county’s multi-cloud/hybrid cloud implementation — but the solution appears seamless in operation.

The urgency and newness of the venture brought unique challenges to each of the partners. For Subhankar Sarkar, associate partner in IBM Global Business Services, the first and biggest was the immediacy of Sonoma County’s need.

“Given the circumstances (the fires), the county wanted to move fast, and we are happy we could stand the system up in time,” he told Techwire via email. (The partners stood up the data hub initial iteration in about four months.) The second challenge, he said, was “establishing common data semantics between the various domains — health, housing, substance abuse, justice.” The company’s third challenge was “establishing access-control policies across the different internal and external user groups” that could encompass multiple categories of data and regulations.

The need for speed while maintaining data integrity was a key consideration for SimpliGov.

“It was imperative that we accurately represented the data for IBM and the information we received back from them via the Consent Record Search, given the magnitude of this landmark project,” said Gary Leikin, SimpliGov’s chief executive officer. He noted one other big challenge: “Moving the team away from a legacy ‘PDF look’ to a more data-driven platform approach which informs SimpliGov form field design, view and workability functionality.”

“The easiest way to make sure we don’t get in trouble is, we don’t share information,” she said, laughing. “There’s government for you: 'Even if I could share pieces of it, I’m not going to share any of it, because then I don’t have to worry (about violating confidentiality), right?' Now, what does that do to the client? It’s not a client-centric approach. Because the client, every time they interact with one of the government agencies, has to do everything from Square One. It’s a very risk-averse approach.”

This solution, she said, addressed that directly: “This solution really is beautiful because it allowed us to do something in government that really hadn’t been done, and that is, ‘How do government agencies share information about the same client?’”