Cruz's Move to San Joaquin CIO: 'Too Good a Job to Pass Up'

GovOps' Batjer and CDT's Tong praised the longtime IT leader for his leadership and 'sound counsel.'
Feb 15, 2019 / By Dennis Noone 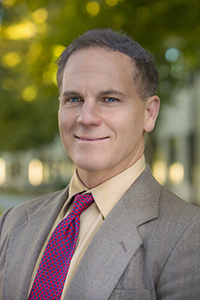 Chris Cruz, a longtime IT leader in state government, is resigning from his position as deputy state chief information officer and chief deputy director of the California Department of Technology.

Cruz, 54, told Techwire on Feb. 14 that he's taking the position of chief information officer and IT director for San Joaquin County. He'll leave the state at the end of March.

"Chris Cruz’s leadership as deputy CIO has been beneficial and significant to the state and to me personally," said Secretary Marybel Batjer of the Government Operations Agency, which encompasses CDT. "His knowledge and sound counsel will be sorely missed. I wish him all the best in his new position, as he continues building upon his tremendous experience.”

"Chris Cruz has been a valuable asset to CDT during his four-year tenure as Chief Deputy Director and Deputy State CIO. I am sure he will bring that same value and dedication to his new position as IT director and CIO for the county of San Joaquin. We thank him for his past service and wish him the very best.”

In his 27-year career in government and business IT, Cruz has won numerous awards and accolades for leadership. The National Association of State Chief Information Officers (NASCIO) in October named him one of three recipients of a NASCIO State Technology Innovator Award, which “honors outstanding individuals who have made contributions to advance state technology policy through the promotion of best practices, adoption of new technologies and advancements in service delivery.”

"As deputy CIO for the state of California, Chris Cruz is a visionary leader in digital technology for the department, the state and the nation," NASCIO said in bestowing the award. "From driving SaaS [software as a service] solutions and a single statewide email solution to serving as an ambassador both at home and across the country, Chris has been instrumental to California’s continued success."

Cruz has been a leading advocate within state government for several principles of IT governance: organizational change management, agile development, recruiting and retention of personnel, and aligning state agencies' IT needs with their business missions.

Cruz and Tong together oversaw a department of nearly 1,000 and more than 130 CIOs within the executive branch. They managed an operating budget of $300 million and had shared responsibility for the state IT project portfolio of nearly $3 billion.

Cruz received the 2015 Top 25 Doers, Dreamers and Drivers award from Government Technology magazine, Techwire's sister publication; the 2013 Best of California Demonstrated Leadership in Management of IT Award; the 2011 Outstanding CIO Leader Award; the 2010 Innovation and Vision Award; and the Center for Digital Government’s* 2009 Outstanding CIO Leader of the Year Award.

But the San Joaquin County opportunity "was just too good a job to pass up," Cruz said.

"The people and environment in San Joaquin County impressed me," he said in an interview Thursday. "I'm looking forward to working with my new team. I'm excited to be joining the family and continuing their success in innovation, technology and security."

The San Joaquin County CIO position had been held by Jerry Becker for more than 12 years until he was promoted in October to assistant county administrator. Becker and his team in San Joaquin County have won numerous accolades for achievement in the public sector, including CIO magazine’s CIO 100 Award, Computerworld Laureate, Top Ten County — Digital Counties Survey by the Center for Digital Government, and the Center for Digital Government’s Best of California — Project Excellence Award.

San Joaquin County in December made public its recruitment for an "innovative and dynamic" successor to Becker  himself an award-winning CIO before he was promoted last year.

“Successful candidates will have experience leading the business of information technology in a large complex organization, and be a transformative leader and business partner with exceptional interpersonal, customer service, and verbal communication skills,” says the county’s job posting.

Because the state and San Joaquin County have reciprocity, Cruz's retirement benefits will follow him, so he needn't return to state service in the future in order to maintain his health care and other benefits. The Folsom resident said he'll commute to the new job, which is about an hour's drive each way.

The CIO and deputy CIO positions are gubernatorial appointees, and no decision has been announced about Cruz's successor.