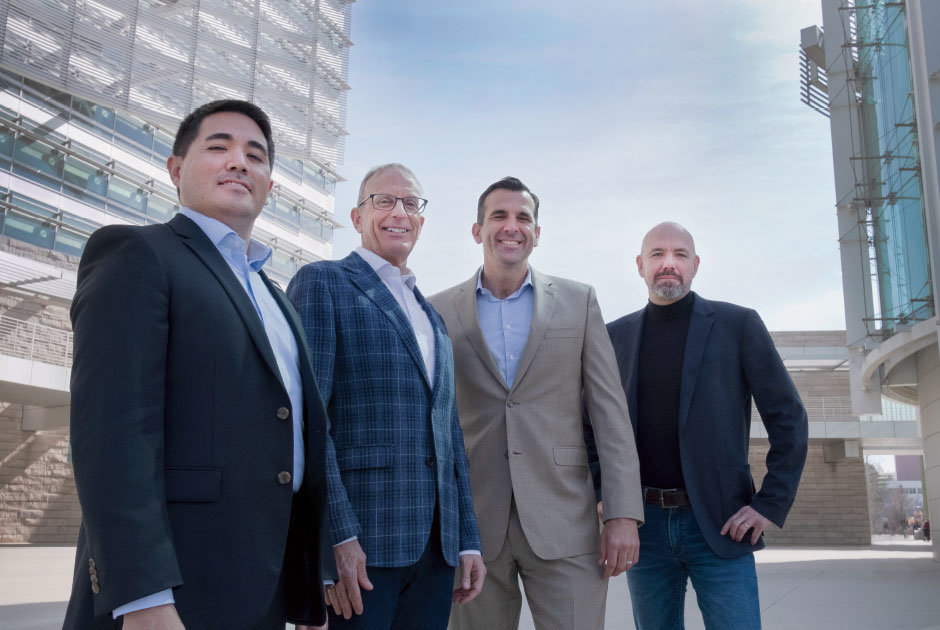 Officials and teams from three California cities were recognized this year among the Top 25 Doers, Dreamers & Drivers of 2020.

The contingent, selected annually since 2002 by Government Technology magazine, Techwire’s sister publication, highlights the work of technology officials and agencies whose names may be familiar to those in public and private sector tech, but whose accomplishments make them stand out among their peers. Among their many standout qualities, this year’s honorees were mission-driven and willing to do what it takes to make success happen, as well as collaborative, trust-building and capable of taking an external view of their jobs to see what they do from others’ perspectives. Here are California’s Top 25 winners:

Maria MacGunigal, Sacramento’s CIO of more than six years, appreciates the similarities in her 26-year city career to the classic “janitor to CEO” arc — though in her case, she began as a student intern before ascending to the C-suite through GIS and enterprise applications. More recently, she has been spearheading the literal work in the trenches she said must happen if smart cities are to become real.

In 2018, through a partnership with Verizon, Sacramento became one of a few cities to begin deploying wireless 5G broadband. Based on that, Sacramento now offers free Wi-Fi in three of 27 city parks, with more coming. Corridor-length traffic management is also on the way.

The CIO has also led consolidation of city IT, helped forge a digital strategy and scrutinized process improvement, including for the city’s 311 system. A new customer resource management system and mobile app for 311 is imminent, but a focus on operations and organization has helped lower call wait times by more than 56 percent.

MacGunigal is also taking aim at diversity, equity and inclusion. Sacramento debuted a gender and ethnic diversity dashboard in December that showcases efforts to employ a workforce more reflective of city demographics. A degree completion program for the estimated 65,000 Sacramento-area residents within 15 units of a college degree is, she said, in the talking stages — and a passion project for the CIO.

“I’m the first person in my family to go to a university and get a degree; and I see in my own life, looking at it, that there were 100 points at which I could have easily been in the same boat,” MacGunigal said.

If leadership is having a clear vision and propelling other people to make it happen, then Seleta Reynolds has personified leadership in Los Angeles. And there are few better examples of that than the development of the Mobility Data Specification (MDS).

When Reynolds stepped in as general manager of the Los Angeles Department of Transportation (LADOT) in 2014, she was seeing a lot of mobility companies — including a couple of emerging startups called Uber and Lyft — laying out their own visions for the future of cities. She thought cities ought to be a bigger part of that conversation.

So she began searching for ways to improve dialog among local government, the private sector and stakeholders. What she found was that one of the most effective communication channels she could open was the application programming interface, or API.

That’s how LADOT wound up creating the Mobility Data Specification, which allows it to push actionable information to mobility companies — things like when and where a scooter can park, whether payment is required and even when an area is being evacuated — and receive information such as locations and routes in return.

“I can’t let them know that with paint and concrete and steel alone,” Reynolds said.

The system came in handy during the Getty Fire in 2019, when the city used MDS to let scooter companies know which areas were being evacuated so they could remove the machines from the path of the fire and emergency vehicles.

What’s remarkable is the spread of MDS. LADOT developed the tool in collaboration with officials in several other cities and launched the Open Mobility Foundation to govern it, and now it’s in use in at least 90 cities across the world.

And it’s not just helping those governments adapt to the present — it’s helping create a flexible architecture for the future, too.

“What [this] opens up for me is the freedom to not create a set of ad hoc standards and rules for every kind of new thing, whether that’s a robot that delivers a pizza or a drone that’s delivering medical supplies,” Reynolds said.

In the heart of Silicon Valley, there’s an expectation that San Jose be at the forefront of technology and digital service delivery. But the city of more than 1 million has another distinction that presents some challenges: It has the smallest workforce of any big city in the country.

“What these four people brought to us was an incessant commitment to find a way to get to yes,” Liccardo said, noting their ability to work through the familiar budget and process constraints of government to form new external partnerships and unleash innovation within the city’s workforce.

Much of the early tech focus was on infrastructure investments to replace decades-old systems. With that foundation laid, the city has turned toward some of the new technology Silicon Valley is famous for. For example, the city is developing a chatbot to answer resident questions posed online and via text message. A digital rent registry is now in place for landlords and tenants to record and verify rent information, supplementing the work of city staff and offering better data to inform policy in San Jose’s notoriously expensive housing market. Also on the horizon is a graffiti-covering drone created by participants in the city’s Unleash Your Geek competition, aimed at addressing civic challenges by engaging citizens and other private- and public-sector stakeholders.

A recent Stanford study found that roughly 100,000 San Jose residents have no broadband at home. In another pioneering effort, officials are starting to chip away at that number through the city’s Digital Inclusion Fund. Focused on providing connectivity, devices and skills, much of the money comes from private sources, including support from telecom companies that got expedited deployment of 5G small cells in exchange for their support of digital equity programs.

These are common challenges faced by many cities, but San Jose is leading the way toward viable solutions.

“We’re going to try to ensure that everyone in San Jose has access to the digital economy and can benefit from services online,” Liccardo said.