Pondera's new vice presidency for product innovation is the third VP position created by the firm in recent months.
Apr 13, 2018 / By Dennis Noone 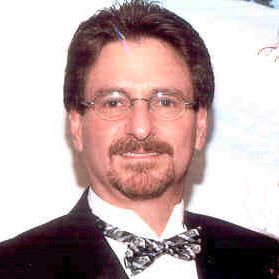 Pondera Solutions, the Sacramento-area software firm that specializes in software targeting waste, fraud and abuse, has added a vice president for product innovation to its growing executive suite.

The vice presidency for product innovation is the third VP position created by Pondera in recent months. In January, Tim McCormick was named VP of sales, and in March, Glenn Prager was named VP of strategic accounts. Those appointments followed December’s appointments of Greg Loos as company president and Mark Norris as chief operations officer.

Company founder and CEO Jon Coss told Techwire in an interview Thursday that while the company is always looking for innovative data scientists and analysts, the structuring of the executive team is now complete.

Loden will lead implementation of research and development, automation, product development, user experience, user interface, and predictive analytics and modeling for Pondera, which was one of 31 California firms — and the only one in the Sacramento area — named to the prestigious GovTech 100.

In his 25-year career with Kaiser Permanente, Loden, as the leader of the fraud, waste and abuse analytics team, “created a state-of-the-art proactive and reactive analytics group that was recognized by Medicare as a best practice,” Pondera said in a press release. “He oversaw the creation and implementation of advanced analytics and predictive modeling algorithms to address activities such as drug-seeking behavior, identity theft, medical identity fraud, inpatient drug diversion, along with many other analytics in the areas of membership and finance. ... Loden’s team was directly responsible for the recovery and cost avoidance to Kaiser Permanente in excess of $250 million under his leadership.”

Coss said he had sought out Loden based on his reputation in the industry and on the recommendation of Pondera board of directors member Malcolm Sparrow.

“With predictive modeling and data visualization,” Coss said, “there’s so much data, just massive data sets, and you can run really fancy models ... but you (must) make it useable — ranked, tiered, triaged, visualized properly. To be able to bring Jay over and with his ability to handle that, will be fantastic for us. I’ve asked Jay to run data sciences, R&D, data visualizations. ... With Medicaid, commercial health, SNAP, insurance, there’s keen interest in this area.”

Loden told Techwire: “The defining reason why I chose Pondera over other offers is because of Pondera's informed and innovative approach toward tackling health care fraud, waste, and abuse. It’s truly unique and revolutionary within our industry. I’m proud to work with the company to further improve and innovate their already terrific product. I’ve seen dozens of companies and their approaches to fraud, waste and abuse, and I have never seen anything like the approach Pondera has. It’s completely unique in the industry, and it makes so much sense. Its time has come. Without giving away the secret sauce, they’re thinking outside the box.”

Loden, who will be based in Southern California, has already added data scientists to his team.